Essay – Portraiture as Question: Reflections on ‘You Get Me?’ 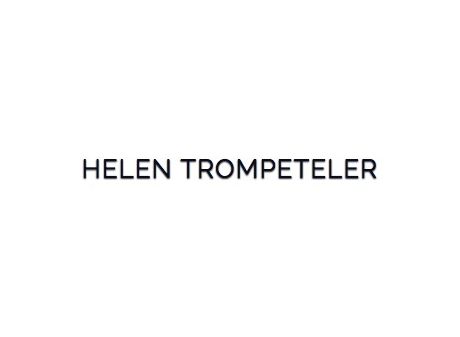 While the exploration of individual and collective identity has always been a principal theme within photographic portraiture, it is at times of social and political uncertainty that such questions inevitably come to the fore. The 1980s and 1990s, decades marked in Britain by societal and cultural unrest, saw a renewed urgency among artists to address questions of belonging, and art and activism were closely aligned. Leading practitioners from this period – including Dawoud Bey, Carrie Mae Weems, and especially Yinka Shonibare, who restaged scenes from Western art to explore the legacy of colonialism in series such as Effnik (1997) and Diary of a Victorian Dandy (1998) – were an early influence on the contemporary artist Mahtab Hussain.

New directions in photographic practice preceding Hussain’s career were marked by cultural events including the establishment of Autograph ABP in 1988, whose young artists, activists and curators from African, Caribbean and Asian backgrounds aimed to tell their own stores as diasporic and displaced subjects.1 A year later, The Other Story, a landmark exhibition curated by artist Rasheed Araeen at London’s Hayward Gallery, highlighted the overlooked contributions of African Caribbean and Asian artists to European modernism.2 These new approaches were also reflected in academic circles at the same time: key theorists such as Stuart Hall, writing in ‘New Ethnicities’ (1989) and ‘What is this ‘black’ in black popular culture?’ (1992), called for more subtle non-essentialist studies of diversity in black culture.

Birmingham is a city with a rich history of activist photographic practice, exemplified by the publication of British photography magazine Ten.8 from 1979 to 1993. In 1992, the magazine organised Critical Decade, the first major retrospective of photographic work on race and representation featuring photographers including Vanley Burke, Max Kandhola, and Ingrid Pollard. Prior to that, in 1979 photographers Derek Bishton, Brian Homer and John Reardon set up a makeshift studio in Handsworth’s Grove Lane for their seminal project, Handsworth Self-Portraits, inviting local residents to come and take their own portraits, thereby maintaining control over their representation.

Almost thirty years later, Hussain began to reexamine these analogous, intersecting aesthetic and moral values – and once again on the streets of Birmingham – when he began his work on his series You Get Me? Using the areas of Sparkbrook, Sparkhill and Small Heath as his backgrounds, and later in Nottingham and London, Hussain began using portraiture to empower his sitters and to explore urgent social questions of our time: what does it mean to be a British, working class Asian man in a contemporary society like England? How can such young boys and men exist within a framework of ever-increasing anti-Muslim prejudice? Islamophobia and xenophobia have existed in Britain for decades, but following the events of 9/11, 7/7, the Paris attacks of November 2015, and amid increasingly divisive political discourse, the number of incidents has increased at a staggering rate.
In the contemporary era, a dominant strand of photographic portraiture has been series in which subjects are depicted face forward against a neutral background, a mode favoured by artists such as Thomas Ruff, Rineke Dijkstra and Bettina von Zwehl among others. The implied passivity and homogeny of such portraits can be problematic in their inevitable associations with nineteenth-century ethnographic studies of colonised people. Consequently, Hussain was right to resist this precedent when making You Get Me?. The artist’s decision to work in colour also stemmed from a desire to mitigate objectification, believing that a top-down hierarchy and perception of ‘otherness’ were inherent in the traditions of the black-and-white documentary genre. The distinctive overall colour range of muted greys, browns and greens Hussain employs in You Get Me? adds cohesion to the series. Where colour accents exist in individual portraits, they are very deliberately red and blue, the most predominant colour tones of the British and American flags; a subliminal, but powerful, reference to the Western ideologies to which the individuals photographed attempt to adhere, while also upholding their own cultural traditions.

Early photographs from You Get Me?, such as Checked top, striped top and cap and BMX, blue cap, blue trainers, frequently depict sitters within the urban locations of their community. However, mid-way through the project, Hussain became increasingly concerned with avoiding ghettoising his subjects and consequently developed a new approach. Gradually, the understated colour palettes of rough urban surfaces, from walls to garage doors, begin to equate to a traditional studio backdrop. The simplicity and traditional formality of this convention lend a solemn gravitas to portraits such as Shemagh, beard and bling and See Now Evil. Hussain began the series photographing on film, but switching to digital as the project evolved allowed him to collaborate with his sitters during the editing process. The photographer found the discussions that ensued hugely informative, as they revealed the way in which the sitters read the images produced. Importantly, the power dynamics between photographer and sitter were neutralised, with each final image settled upon by discussion and mutual agreement.

In Friends, curry sauce n’ chips the man on the left wears a salwar kameez, a Pakistani traditional dress, with rolled-up trousers and trainers, while the other, on the right, is wearing the blue jeans, hoodie and padded vest of mainstream Western culture. Significantly, each figure’s pose and body language is recorded in perfect symmetry; a mirror image, despite the apparently conflicting cultural influences represented by their clothing. This photograph is a prime example of what Hussain often tries to achieve through his portraiture; reflecting upon what is shared, rather than what divides.

Of special interest as Hussain’s style of portraiture develops is an increasing reliance on a three-quarter length centralized mode of composition which recalls the aesthetics of formal Western portrait painting. The artist notes that an early influence was the seventeenth- and eighteenth-century painting he encountered while working at the National Portrait Gallery, London. This historic era of portrait painting reflected a period of increasing social and political turmoil, which from 1640 erupted into civil wars in Scotland, Ireland, England and Wales. Despite their opposing political and religious beliefs, soldiers on both sides of these conflicts were depicted in very similar ways in portraits by artists such as Robert Walker and Anthony van Dyck. One has to wonder whether this equality of treatment subconsciously registered with Hussain, who was still an early-career photographer while working at the Gallery.

This particular aesthetic from Western portraiture painting has also previously been utilised in major photographic series exploring privilege in Western society. Karen Knorr’s Belgravia (1979–81) combined black-and-white portraits with often satirical texts in order to examine the British class system during the Thatcher era. Similarly, Tina Barney updated the conventions of historical portrait painting when producing The Europeans (1996–2004), which examined the aristocracy of Europe and the American East Coast. A three-quarter length centralised mode of composition is also heavily associated with the contemporary family portrait as seen in Thomas Struth’s photographs. What are the implications of these visual and art historical associations in Mahtab Hussain’s work? These are twofold: firstly, references to conventions from Western portrait painting challenge the viewer to acknowledge a community that remains under-represented in Western iconography and the art establishment. Secondly, allusions to the aesthetics of the contemporary family portrait invite the viewer to look at these individuals with empathy and understanding. Racist and religious hate crimes increased by 41% in the month after the United Kingdom voted to leave the European Union in June 2016, adding an even greater imperative to Hussain’s series.

And just as props and clothes were tools of the traditional photographic studio to indicate class and social status, Hussain often explores each sitter’s self-identity through style. The influence of American culture is especially relevant here. In Cornrows, blue arrow Hussain explores complex questions surrounding ideas of integration by drawing upon the strong graphics and lettering usually associated with fashion advertising. Many of the individuals photographed desire products by brands that nevertheless refuse to represent their communities in advertising campaigns or mainstream culture.

A large number of portraits in You Get Me? attest to a very public performance of masculinity, whether through activities such as body-building and boxing (Muscle, blue dhoti; Young boy, white boxing gloves), or through the possession of ‘bling’, cars, and symbols of strength such as large dog breeds (Man with Japanese Akita). The much younger boys depicted (as in Boy with BMW toy car and Boy with scrambler) are still at a vulnerable formative age, yet they are already aware of the expectations surrounding the public display of ‘male’ behaviour. The portrait Young man resting asleep provides a stark contrast to such photographs in the series, and emphasizes the vulnerability of these young men once public posturing is placed aside. Importantly, in the photograph Brick wall, cap and invisible gun any physical threat or expression of aggression is resolutely absent. The passivity of the sitter’s expression in this portrait encourages us to read the photograph as a strong statement on the misplaced suspicion and paranoia of tabloid journalism.
Mahtab Hussain’s use of caption text in You Get Me? may at first appear incidental, but it is paramount in understanding how his images should be interpreted, revealing much about the artist’s background in museums and his subsequent motivation as an artist. Each title works in counterpoint to the pseudo-scientific racism often present in nineteenth-century painting and photography. Here, rather than being reductive, the titles always refer back to the individual’s attributes. Details surrounding the circumstances of the photograph and interventional text from the artist are noticeably absent. It is obvious that in the making of this series Hussain was fully aware of his responsibility as an artist and the potential historic legacy of his project. By removing any personal identifiers from the title of each photograph, Hussain is ensuring each sitter will never become defined by this project. Cumulatively the titles only reinforce the physical and emotional presence of each individual and they invite the viewer to spend longer with the act of looking.

As Mahtab Hussain’s first series, You Get Me? represents the genesis of his development as an artist. The nine years spent working on this project allowed Hussain the creative and personal space to explore his own identity and heritage. His explorations of the British Muslim experience and his long-term engagement with this community have become a lifetime’s artistic commitment. This project established the main principles of Hussain’s photographic practice: integrity, sincerity and a social activism in which empowering the sitter is a fundamental motivation. These principles informed the subsequent community project The Commonality of Strangers, originally commissioned by the New Art Exchange in Nottingham in 2015. Excitingly, with this belief system still his guide, Hussain is now enjoying a more hybrid photographic practice across digital and analogue techniques. His recent project, Black Country Voyages (2016), combined tin-type portraiture with clay sculpture and installation pieces to tell the story of the mass displacement caused by the construction of the Mangla Dam across the Jhelum River from 1961–7. (This ultimately resulted in the displacement of over 110,000 people, and is one of the reasons why there is such a large Pakistani Kashmiri community in the UK.)

The art-historical influences at work in You Get Me? demonstrate how the traditions of portraiture can be expanded to explore current issues and contemporary culture. While aspects of religion and national identity are alluded to in this photographic series, a more central focus is the poverty, social and cultural constraints on young British Muslims, as well as the evolution of urban British culture. Recent international and political events have added new perspectives to the work, but the artist argues that these factors should not define his practice. The title You Get Me? and the series’ narrative is an acute call for action to address complex social issues and discriminatory attitudes towards British Muslims. However, in a broader sense, it also suggests the complex pluralities of self-identity, and the vulnerability inherent in such plurality, as well as an individual’s search for belonging, representation and understanding as part of global society.